Sony's "toio" Toy Platform robot cubes look really interesting. Take a look at these videos. Many other videos are published too.


More info can be found here - https://www.sony.net/SonyInfo/design/stories/toio/  Information on price and availability is hard to find! My pal, Eric shared this info. Price is $275 according to https://www.engadget.com/2017/06/13/sonys-fantastical-toio-cubes-combine-robotics-with-papercraft/ Unboxing and demo at https://www.youtube.com/watch?v=uEsxAkWqVjw See below for updates... 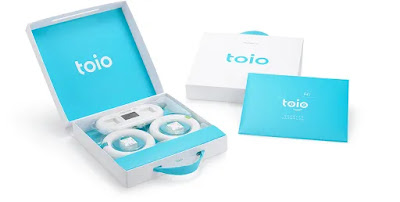 Update: “Sony’s Robotic ‘Toio’ Cubes Now Available For Pre-Orders” by Alexa Ward, 2017
https://www.androidheadlines.com/2017/06/sonys-robotic-toio-cubes-now-available-for-pre-orders.html I wonder if the Toio has really been available for so long?

Sony has unveiled a new robotic toy known as the Toio cube, with the device itself now being available for pre-orders in Japan. The new toy, which resembles small cubes on wheels has been funded through the company’s crowdfunding website First Flight, which produces concepts from Sony employees. The small cubes have a pair of wheels at the bottom, a number of sensors, and offer compatibility with Lego blocks so children can easily build their own imaginative creations. Each robot measures approximately 32 × 32 × 19.2mm in size and can be controlled with motion-sensing rings, which allow the owners to perform functions such as driving the robots and spinning them around. The robots function by using Bluetooth to communicate with the control station which resembles a video game console. The control station then issues commands to the robots based on cartridges which plug into the console and contain preprogrammed operations. Toio kits also contain a number of patterned designs made of paper that can be cut out and attached to the cubes. These additional paper kits have a dual purpose – they help control the robots, as well as provide entertaining visual effects, Sony claims.

Each kit comes with special mats, while the robots themselves likely function through the use of optical pattern localization, meaning they can locate their position on the mats by using a camera to examine the patterns below them. The robots also communicate with the centralized control station, which allows the cubes to communicate with each other. The use of optical pattern localization means that when using the robots away from the mats, they will be more limited, although the kits include special cards to help them navigate around in such scenarios.

Sony has not yet made it clear whether owners will have to buy new cartridges from the company if they want to add support for additional behaviors to the cubes, and it’s also unconfirmed whether Toio robots will be able to run third-party code, with some industry watchers believing that the popularity of the new toy may be restricted if hobbyists can’t program their own units. There are currently three different kits available for pre-orders on the Toio website, each one with different levels of complexity and costing around 30,000 yen, or approximately $270.

Welcome to
Robotics Under the Stole!

My Robotics' Blog and... 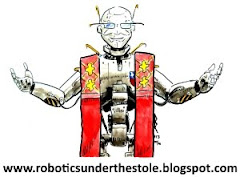 The home of red sea robotics ©

Whit+
I am a husband, father, parish priest, educator, and an amateur roboticist. 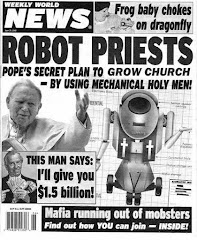 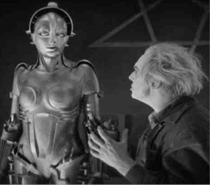 Do you really have to be evil to build a robot?